Starting a business is not the same as working on a school project. Often times, when you’re starting a company, it’s a battle not with your potential competitors but within yourself. In other words, you have to fight the battle with yourself. Every day, you’re given a new challenge and you have to resolve it somehow and then move on. Whenever you’re angry or frustrated, you just have to get over it. It requires mind control, optimism, and tenacity. I’d like to give you a list of things you need to know before starting your own company. Whatever you plan to build, you have to know what you’re getting into. I hope my startup advice will help prospective entrepreneurs, especially if you’re under age 30.

Your work experience can help you in the following cases: 1) you’re looking to hire someone and you can tap into your network to help you out. 2) you’ve made some connections at work and may know a lot of people who can introduce you to a journalist, target customer, investor, etc.  Other than these two cases, I don’t see how your work experience can make you a better entrepreneur. Entrepreneurship requires a very different skill-set because you have to work with scarce resources like a small team, a small office, and a small amount of money. Patience and persistence will be more important than anything. So, if you’re thinking of working for someone before starting your business, I suggest you work for a start-up company less than 2 years old. Otherwise, you won’t be able to learn how entrepreneurs work.

2. Don’t create a product just because you need it.

It’s typically a silly move to create a product or service that “you” want to have because you may be the only one who wants it. Your friends and family might say it’s a good product, but they might actually not use it themselves. Instead, observe people carefully and find out what they need. Of course, you need to be passionate about what you’re building, but don’t build something just because you want to use it. Build something a lot of people would want or need so that you can make an actual business out of it. Without money flowing in, it’s not a business.

3. Have a clear revenue model in mind

Even if you plan to offer your product for free, you still need to have a clear revenue plan set up. For instance, if you’re building a social game like me, there can be many ways to monetize the product: virtual currency, virtual gifts, subscription, advertising, and so on. You have to have at least 3 options for monetization so that you can pick one that’s best for your business in the future.

Do you have any other tips you want to suggest? Please let me know by leaving your comments here! 🙂

When you turn age 25, you realize that life is not what you once imagined it was. When you were in college, nothing can be too challenging: when you study hard, you can get a solid grade. If not, screw it, you can just do better in other classes and make it up somehow. You feel that you are quite in control of your life, because everything is pretty much organized. You attend classes, work part-time or intern, major in any study you like, make new friends, hang out with new friends, etc. However, when you reach 25, you start feeling a little unstable in life. Bad things can happen unexpectedly, your long-term plan doesn’t really work well, and life doesn’t flow the way you want it to be. You may start to learn that nothing comes easily, and you need to make some kind of effort and form your own strategies to get what you want.

For my young blog readers who will turn age 25 soon, I compiled a list of 10 things that every man and woman should know by 25.

1. Don’t compare yourself to other people.

Every human being is different. You are unique. It doesn’t matter if your mom’s friend is super hot, smart, dates a billionaire, has a dream job, or lives in a high-end apartment. Comparing you to your friend would only make you feel inferior and depressed.

Your secret mentor could be Steve Jobs, Warren Buffet, Hillary Clinton, or anyone you admire. Your secret mentor will live “inside” your heart and teach you how to live the life you want. Your mentor will encourage you to work harder towards your goal, develop good habits, and surround yourself with good friends. Analyze how they lived their life and learn from them!

If you spent all your time studying, it’s a sign that you need to go out there and have some FUN! Go clubbing with friends, try bungee jumping, date all kinds of people, fall in love at first sight…there are lots of ways to have fun!

4. Live in another country.

If you’ve only lived in one country so far, it’s time to get out of your comfort zone and live somewhere else, at least for a few months. Living in another country will broaden your perspective. It’s also a ton of fun!

5. Meet people outside your social circle.

If you are a type of person who hangs out only with a certain group of people, it’s time for you to expand your social circle! Making friends with all kinds of people will make you become a more open-minded, sociable person!

I’m not saying you should fall in love “often” but when you do, you should do so with all your heart. Loving and caring for someone enthusiastically is one of the best experiences and memories you can have in life.

Are you still relying on your parents or friends to help you make good decisions? You need to try making decisions and choices by yourself so that you can develop a good judgmental skill. You can’t rely on others forever!

8. Keep in touch with old friends

You will be constantly making new friends at college, social events, work, pretty much anywhere you go. But you still need to stay in touch with a few good old friends! Good friendships can last forever and truly enrich your life.

I strongly encourage you to try something completely new, like starting your own small venture, doing a random internship, travelling to a third world country, and so on. It will make your life much more exciting!

This doesn’t apply only to entrepreneurs. It’s okay to fail. In fact, you will make lots of mistakes in life. If you find yourself in a slump, don’t get too emotional or frustrated. Learn to overcome obstacles quickly. Improve your mental strength, and you will be able to stay mentally strong in all circumstances.

Yahoo surprised us by announcing a billion dollar acquisition of Tumblr this past week. There’s been a lot of debate about whether Tumblr’s competitors can benefit from this acquisition since Yahoo is likely to “screw up” Tumblr one way or the other. Will Tumblr eventually lose its unique identity? If so, which company will benefit from it?

To start with, we need information about Tumblr’s target users. Tumblr has been very popular among teenagers. You can never go wrong once you get those teenagers as your customers. They spread words virally if they find something “cool”, get addicted to things more easily, and spend a lot of time creating, decorating, and reblogging contents! Teens who don’t want to share anything on Facebook have been expressing their creativity and voice on Tumblr. It’s like their “secret” blog where they can be anyone they want to be and say whatever they want to say. It’s a perfect platform to do so because it’s anonymous, your friends or parents wouldn’t know about it, and you’re free to post anything you want (even porn!). Other target users include small businesses, creative artists, and college students, but they don’t create and reblog as often. Teens have indubitably made Tumblr popular and go viral.

Since Yahoo announced its acquisition of Tumblr, many Tumblr users have complained that they will “ruin” Tumblr and have even threatened that they will leave to use other platforms like WordPress. Will a lot of users leave Tumblr in the future? What will happen then?

Here’s a list of top 3 gainers from Yahoo’s Tumblr Acquisition. (This is solely based on my opinion, so feel free to share your thoughts by leaving comments!)

WordPress.com is a popular blog web hosting service provider owned by Automattic. Since Yahoo’s announcement of acquisition, many people migrated their blog from Tumblr to WordPress. Why? Because it’s super-easy to import your contents from Tumblr! I personally imported all of my contents to WordPress and it took about 15 minutes to migrate 2000 contents that I had on Tumblr. Not bad, huh? (FYI, my WP link is https://gingerbunnyme.wordpress.com) I can definitely see more people doing the same if something bad happens to Tumblr (i.e., too much advertising, other users leaving, not many great contents..). If their most popular users are leaving, their followers are likely to follow as well.

It’s interesting to see whether and how Pinterest would benefit from Yahoo’s Tumblr acquisition. Pinterest’s target users are quite different from Tumblr’s: it’s popular among women, rich, adults under 50, with some college education (Source: Pew Research Center).

Once Tumblr users migrate to Pinterest and start “pinning” like crazy, Pinterest’s demographics and its contents will change significantly. What will happen if Pinterest gets both teenagers and older, richer women? Can it be the most popular social media in the U.S., surpassing Twitter or Facebook?

Instagram is very similar to Tumblr in many aspects. They both heavily rely on photos, are mobile-friendly, and their target users are also similar as Instagram is also popular among teens and people in their 20s. Instagram was also acquired by Facebook, so it’s interesting to see whether Instagram will be able to allure some Tumblr users after Yahoo’s acquisition. (Some Instagram users were angry about Facebook’s acquisition, but many decided to stay because there are no other great alternatives.)

The main difference between Instagram and Tumblr is that Instagram’s contents tend to be much more “personal” than Tumblr’s. I see a lot of photos of celebrities, cute people, fashion, food, art, and funny, gif on Tumblr, whereas I see a lot of “real” contents on Instagram like photos of themselves and their friends and family. Because their contents are quite different, it’s more likely that Tumblr users will start pinning on Pinterest than posting on Instagram.

Do you use Tumblr? Are you going to migrate to another platform or are you going to stay? To which platform will you move? Please share your opinions by leaving comments! 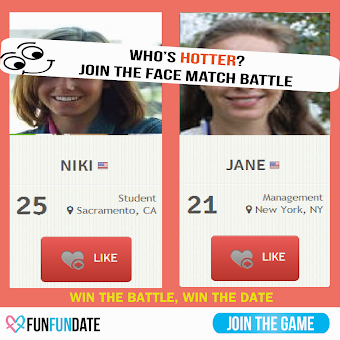